And to keep their promise to Lee County, city officials will start renovations to the Harborside Event Center before the Dec. 31 deadline.

Joe Collier, president of Mainsail Lodging and Development, announced the 2017 groundbreaking last week, and conceptual designs will be coming within the next couple months.

But the final agreement for the hotel and convention center won't happen until Nov.14.

In April, council members selected Mainsail to take over the $60 million project that has been the source of headaches for city officials. 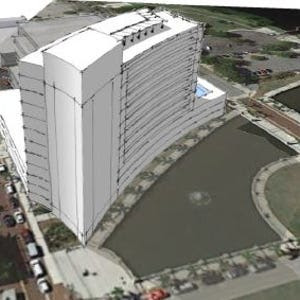 The hotel and convention center idea has been on the city’s radar for many years, with the project changing hands several times due to difficulty in securing the money to make it a reality. Then came Collier, a Tampa-based and self-proclaimed “hotel guy,” who said he has the experience to give the city what it wants: a 225-room, full-service hotel and parking garage, as well as someone to take over management of Harborside.

Council members jumped at the opportunity and asked him to get it done.

Construction on the new hotel is scheduled to begin by March 2017, and it’s expected to take a little more than a year to complete.

But first, officials will set their sights on Harborside. 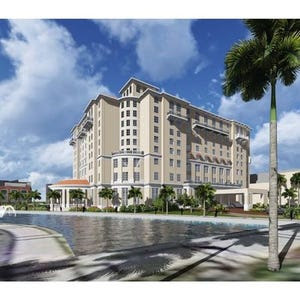 In 2014, the county agreed to help pay for the $8.5 million in improvements as long as construction begins Dec. 31 of this year. From the beginning, city officials wanted to build a new hotel and renovate Harborside at the same time. The timing has forced city officials to scramble and put a deal in place since the last one fell through with Steve Goodman in February.

The hotel plans also include changes to the boat ramp and park. Mainsail will construct, operate and maintain a clam shell-type amphitheater for the hotel and the public, according to documents. All of it will be framed by retail shops and upscale dining.

Flanders, who is also a local architect, said he feels more confident about this deal than others that fell through in the past. And it all comes down to Mainsail's approach, he said.

Past hotel deals revolved strictly around how many hotel rooms developers can sell, Flanders said. But the deal with Mainsail is all about incorporating the hotel into the city's character, and playing off the strengths and weaknesses of downtown. That mentality fosters a more diverse and financially strong project, Flanders said.

"It's leaps and bounds different from what we've heard before."